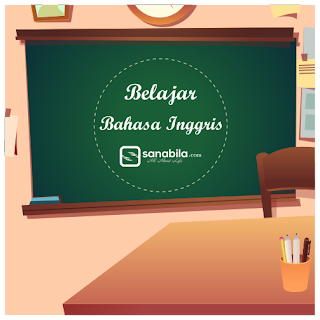 Questions 33 - 35 refer to the following conversation.
W : I think we need to ask the Staff Director to order two new desks for us. Mine is very small, while yours is very big and takes up too much space. And we could do with new wallpaper as well.
M : That’s fine by me, but the company is on a very tight budget this year, so they might not approve any of it. We’re lucky we’ve still got a job.
W : Why don’t you draft a formal request, and we’ll see what happens?
M : Sure! There might even be some old desks available in the warehouse that would suit us perfectly.
33.
What does the woman want to do?
(A) Buy new office furniture.
(B) Change desks with the man.
(C) Get a bigger office.
(D) Have her office renovated.
34.
What does the man imply about the company?
(A) It is diversifying.
(B) It is downsizing.
(C) It is expanding.
(D) It is relocating.
35.
What does the woman ask the man to do?
(A) Lodge a formal complaint to the director.
(B) Look for desks in the warehouse.
(C) Order new office equipment.
(D) Write a memo asking for bigger desks.

Questions 36 - 38 refer to the following conversation.
M : Did you hear on the news how the $8.1 billion deal between Major Electric and Arbitrary Laboratories unraveled?
W : No, I didn’t even know that the two companies were planning to merge.
M : No, they weren’t merging. It’s just that ME expressed its intention to buy Arbitrary’s medical diagnostics division, but apparently they couldn’t agree on the terms.
W : Well, you can’t blame them. Even $10 billion wouldn’t be enough for such a lucrative division.
36.
What does the man inform the woman about?
(A) A potential merger.
(B) Arbitrary’s intention to buy ME.
(C) Arbitrary’s turning down a bid
(D) About the terms of a merger.
37. How much had the company offered to pay?
(A) $10 billion
(B) $80.1 million
(C) $8.1 billion
(D) $81 million
38. What can be inferred about Arbritrary’s medical division?
(A) It is very modern.
(B) It is very profitable.
(C) It makes takeover bids.
(D) It will soon close down.

Questions 39 - 41 refer to the following conversation.
W : I’ve booked the air tickets to Rome but I haven’t booked a hotel yet.
M : Try finding one near the shopping district or better still, near the historical center.
W : These two areas are within walking distance, and I checked the hotels in both areas, but the prices were really steep. And besides most of them are fully booked; but if I book one 8km from the historical center, then things change rapidly. 8km isn’t that far, and we could always rent a car.
M : Anyway, we’ll be spending most of our time sightseeing, so why spend a fortune on accommodation?
39.
What does the woman still need to do?
(A) Book the plane tickets
(B) Find accommodation
(C) Pack the luggage
(D) Rent a car
40.
What is implied about the hotels in the historical center?
(A) They are away from the shopping center.
(B) They are fully booked.
(C) They are really old.
(D) They are very expensive.
41.
Where will she book a hotel room?
(A) In the historical center
(B) On the outskirts of Rome
(C) Near a famous monument
(D) Near the shopping center.

Questions 42 - 44 refer to the following conversation.
M : It seems that this year’s economic forecast for the government’s deficit is a lot less gloomy than we originally thought. In fact, it seems to be rather promising.
W : Why what does the paper say?
M : It says that tax revenues were higher this year than expected during the spring, so the spending deficit will only be $255 billion this fiscal year. That’s around $45 billion less than had originally been thought, while others predict that the actual deficit will be even less when it’s made official in September.
W : It was about time they actually announced something positive. They can’t expect the public to continue paying heavy taxes when there seems to be no hope for the economy to start booming again.
42.
What are the predictions for the deficit this year?
(A) It will be higher in spring.
(B) It will be around $45 billion.
(C) It will decrease.
(D) It will increase.
43.
What can be inferred about the country’s economy?
(A) It is based on high tax revenues.
(B) It is booming.
(C) Its deficit has increased.
(D) Its future seems promising.
44.
What does the woman imply about the public?
(A) They are really supportive.
(B) They didn’t mind paying taxes.
(C) They have been distracted.
(D) They were getting frustrated.

Questions 45 - 47 refer to the following conversation.
M : I ordered some products from your company a week ago but they haven’t arrived yet, although you had assured me you would ship them one or two days after I placed my order.
W : Give me a second, sir, to track down your order… yes, here it is. The products were shipped on September the 19th, that’s a day after you placed your order. The shipping number is 335601342 and the courier company is BLC.
M : Oh, OK. I’ll try contacting them to find out what’s taking them so long to deliver the package.
W : My guess is that they they’ve got problems with the customs office. In any case, call me if I can be of any further assistance.
45.
Why did the man call?
(A) To ask for assistance
(B) To complain about a defective product
(C) To inquire about a shipment
(D) To order some products
46.
When were the products sent?
(A) A day after the order
(B) On September 9th
(C) The day he ordered them
(D) Two days after the order.
47.
What’s the shipping number?
(A) 355601342
(B) 335601342
(C) 336601342
(D) 335610432

Questions 48 – 50 refer to the following conversation.
W : I’ve been working part-time in this company for 2 years now and I would like to know how many days of vacation I’m entitled to since I haven’t taken any so far.
M : Let me see… full-timers can get 25 days off a year, so part-timers can get half of it and a day of sick leave a month. Unfortunately you can’t transfer last year’s vacation.
W : I wish I’d known that earlier. So if I want to take 2 weeks off this summer, I’ll have to take my sick leave as well.
M : Or you could take some unpaid leave, you never know when you might need your sick leave. Just make sure you ask the Human Resources Department to approve it.
48.
How many days of vacation can part- timers get?
(A) 12 days
(B) 15 days
(C) 20 days
(D) 25 days
49.
What does the woman want to do?
(A) Ask for a sick leave
(B) Find out about her rights
(C) Get unpaid leave
(D) Transfer her vacation.
50.
What advice does the man give her?
(A) To ask the Human Resources Department
(B) To become a full-timer
(C) To take her sick leave
(D) To take some unpaid vacation

Questions 51 - 53 refer to the following conversation.
M: Mr. Lee isn’t coming in today. Can I take a message?
W: I’d rather talk to him in person. Do you know when he’s coming back?
M: I’m afraid he’s not coming in for the next couple of weeks. He’s on a sabbatical to work on his dissertation.
W: Well, in that case could you please tell him that I’ve reviewed his article and that he needs to contact me to go over my revisions ASAP? Unless you can give me his home number and I’ll contact him in person.
51.
Why isn’t Mr. Lee in his office?
(A) He got fired.
(B) He took time off to study.
(C) He’s got sick leave.
(D) He’s on vacation.
52.
What does the woman want Mr. Lee to do?
(A) Contact her in person
(B) Discuss her changes
(C) Email her the article
(D) Review her article.
53.
What can be inferred about the man’s job?
(A) He’s Mr. Lee’s advisor
(B) He’s Mr. Lee’s editor
(C) He’s Mr. Lee’s professor
(D) He’s Mr. Lee’s secretary

Questions 54 - 56 refer to the following conversation.
W : The CEO has called a meeting. He wants us to update him on the number of students who have registered for our postgraduate programs this year.
M : Hmm, he knows that the number of registered students has plummeted this year, and he is looking into the causes.
W : If you ask me, the advertising campaign should have been more aggressive.
M : Yeah, I know exactly what you mean. I saw the newspaper ad yesterday and you need to read it very carefully to see that we are offering postgraduate programs and not just undergraduate ones.
54.
Why has the CEO called a meeting?
(A) To examine the cause of low registration
(B) To inform the staff about registration
(C) To organize the advertising campaign
(D) To reprimand the staff
55.
What can be inferred about the advertising campaign?
(A) It misinformed the public.
(B) It targeted the wrong audience.
(C) It was aggressive.
(D) It wasn’t very successful.
56.
What is true about the number of registered students?
(A) It decreased.
(B) It fluctuates.
(C) It is stable.
(D) It soared.

Questions 58 - 60 refer to the following conversation.
Man: Has the copier at the reception desk been fixed yet?
Woman: No. I called the technician, but he can’t make it out here until next Monday at the
earliest.
Man: We have a meeting on Friday, though. We can’t do our presentation unless everyone
has copies of our work.
Woman: We’ll have to get them done by a professional. I’ll run to the copy shop tomorrow.
It’ll cost a little extra money, but we won’t have to delay our presentation.
58.
What problem are the speakers discussing?
(A) A missing document
(B) Some presentation errors
(C) A broken copier
(D) Rising printing costs
59.
When is the speakers’ meeting?
(A) This afternoon
(B) Tomorrow
(C) This Friday
(D) Next Monday
60.
What will the speakers probably do next?
(A) Call a different technician
(B) Delay the presentation
(C) Pay for a new printer
(D) Go to a professional printer

61.
Man : Excuse me. I’m in Room 217, but I seem to have lost my room key.
Woman : That’s no problem, sir. I’ll just need some ID before I can issue the new one.
What are the speakers talking about?
(A) Checking into a hotel
(B) Getting a new room key
(C) Changing hotel rooms
(D) Looking for lost identification